Reflections: A New Path Before Me

I’m in a reflective mood this morning.  Not surprising given this time of year.  First of all, my birthday is coming up.  Second, my 30th high school reunion is a few days after my birthday.  Nothing like ramming it home that a lot of time has passed since those high school days!  🙂

Seems like July is the month where dramatic things happen to me.  A few days before my 20th birthday I was in a serious motorcycle accident.  This caused the first of the many scars on my body to appear.  But I’m still here and kickin’…

More recently, obviously, I’m reflecting on this time two years ago.  This was when I went in for my six-month mammogram… it was right after my five year mark from my first go round with cancer. I had been on every six-month visits til then, and this was actually my “graduation” mammogram where I’d finally be able to go back to yearly visits.  So, I went into that mammogram, feeling good, feeling thankful, and excited about life returning to “normal.”

As we all know…there’s no such thing as “normal.”  The words from my doctor still echo in my head: “I see something…”  Sure enough, there was “something” there, and cancer had reared its ugly head one more time in my body.  Cancer wasn’t visible on my January mammogram, but by July, there it was.  Thank God for those every-six-month visits…I can’t imagine if I had already been back to yearly mammograms at the point.

Unfortunately, this was a different cancer than the first one I had, yet still in my breast. I don’t know what was scarier…cancer returning again, or the fact that it was a new cancer and not a recurrence from five years previous.  It didn’t matter…my world shifted that day…. a new path was before me and the word “normal” changed once again.

The day after that mammogram, we had the biopsy.  Two days later was my birthday.  Here’s a picture of my hubby and me on my birthday. 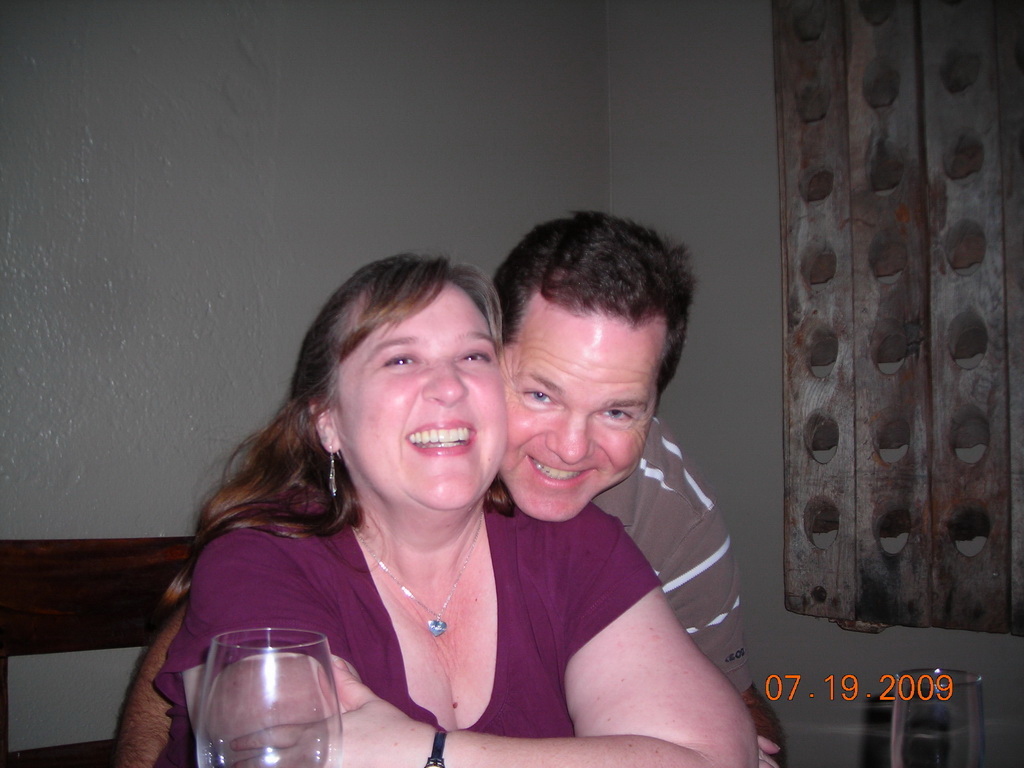 I love this picture.  But I see so much in it because of everything that was going on.  I remember being very determined to still have a wonderful birthday.  We already had plans that day, and nothing, not even a fresh cancer diagnosis was going to change our plans.  And we had a wonderful time that day, celebrating with family and friends!

Besides determination, though, I also see the fear in my eyes…knowing that our path had indeed shifted and we were on a new road.  I didn’t know what was before me yet, only that I had cancer again, and that I would have to have a mastectomy, but we didn’t know anything else: had it spread? Would I need chemotherapy? What else was involved?  So many unanswered questions, and a tough road, were waiting for us.

Now, two years later, another thing strikes me about this picture…my husband and I together.  That bond he and I share is precious (I thank God for it every day!), and over the past two years, we’ve clung to each other like that and leaned on each other, gone through the rough times, but have celebrated MANY happy times! Praise God!

So, here I sit, another birthday before me, my 2-year anniversary of being cancer free comes next month, and I’m recuperating from the final stage of my reconstructive surgery.  (It took me a long time to decide to do that).  In a way, we’re back to a new path being before us.  We’re gradually closing the door on this particular cancer journey.  I’m healthy, reconstructed (LOL), and now face life without cancer being in my vocabulary every single day.

But, you know what, I’ll do the same thing I did two years ago:  celebrate my birthday with family and friends, cling sweetly to my husband, and step on the new path that is now before me.

← Prev: Doctor Changes Next: What now? → 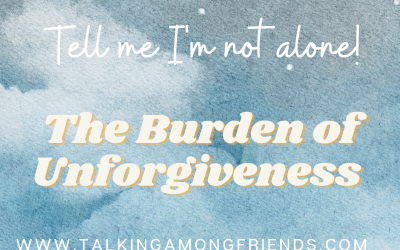 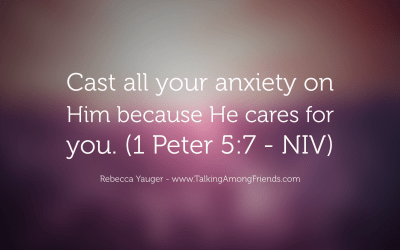