A little bit more about me and my history. I was diagnosed with breast cancer (DCIS) in June 2004. I had a lumpectomy and 7 weeks of radiation. Believe me, I did all I could to move on very quickly from that and put it behind me. I hated radiation! By week six, I was in misery, and couldn’t wait to be done with the entire ordeal.

Of course, that inspired me to write about it, with the help of my husband. You can read more of our story in Chicken Soup for the Soul: The Cancer Book (released March 2009).

After that, I happily put cancer behind me. Truthfully, I felt like I “got off easy.” I had fairly minor surgery, and despite how I hated radiation, I did not have to have chemo. I was still me and ready to move on with my life.

But five years later it all changed. Yes, I made it to my five-year mark. Five years and three weeks to be exact. But in July 2009, during my mammogram, the doctor said there was something there. But this one was different. I did NOT have a recurrence. Instead, I had a new cancer, in the same breast as my previous cancer. This was diagnosed as a high-grade sarcoma. It was, as the doctors like to say, “an ugly baby.”

Well, this ugly baby would cost me my breasts. A double-mastectomy was in order. I was diagnosed two days before my birthday.

My emotions were all over the place. Fear, hope, faith, fear, fear, fear…
I was afraid of surgery, anesthesia, pain, recovery, what would I look like, and mostly would I die?

The internet research I did on sarcoma was frightening. I was turning 46 years old, and what I had thought was the downhill slide toward 50, suddenly became a very young 46. I wasn’t ready for all of this. A possible death sentence at 46 was wrong. I was much too young!

Yet there it was in front of me. This time, I wouldn’t be able to ignore my cancer, and its effect on me. This cancer was much too real. 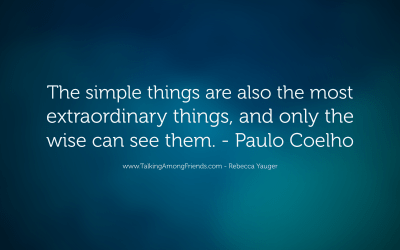 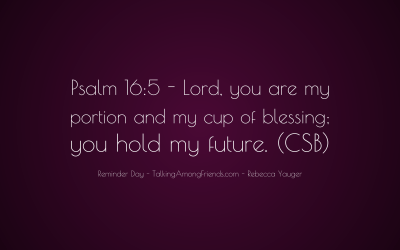 The Lord provides just what we need when we need it.